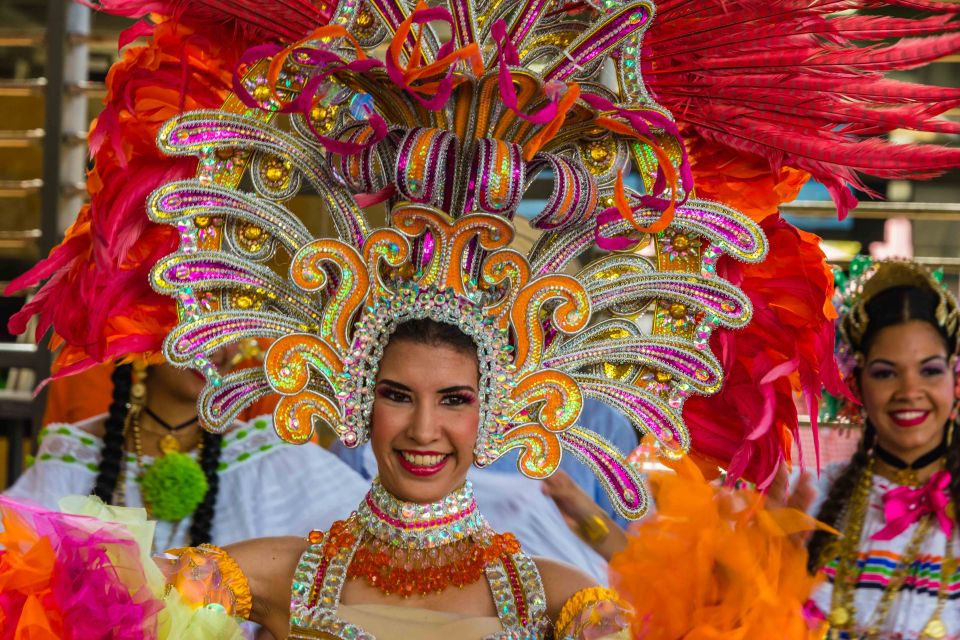 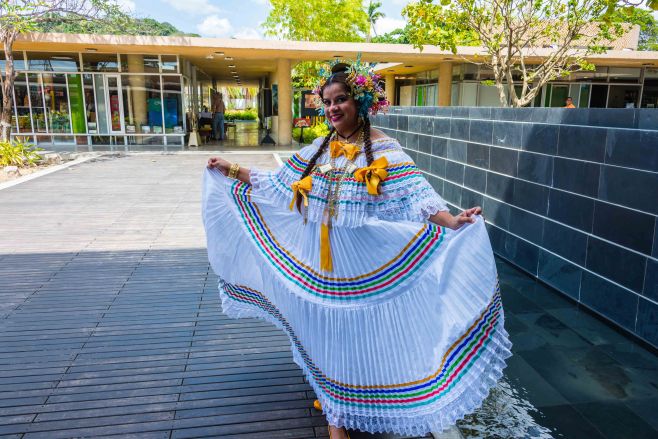 Carnival in Panama is celebrated with the same revelry and abandon as New Orleans or Rio de Janeiro. Celebrated in Panama since the early 1900’s, this big party begins in the four days before Ash Wednesday. This year the celebration started on the 25th of February. During this time, very little business happens as most businesses are closed. It is like the Calgary Stampede!  People leave the city for the interior of the country where the intense partying occurs. Oh and they choose a Carnival Queen.

A town called Las Tablas with a population of around 9,000 is the center of activities. Penonome is also a popular place to party. Interestingly, Panama City is not a big player in Carnival with most celebrations limited to locally organized street fairs and neighborhood parties.

What can you expect at one of these parties?   You will find live or recorded music played through speakers as big as a Mac truck that will almost break your ear drums. A stage in an open area, usually a flat deck trailer. Lots of people in various states of intoxication and dancing! I mean intense dancing with lots of water. Llots of water because you get hot in 35C weather when you are dancing in a frenzy all day. Usually the water comes from a truck and trailer like the fuel tankers that deliver to your service station, full of water with someone on top hosing down the crowd! Having been in the business, I don’t want to think of what was in the trailer before the water or after!

Now we typically stay clear of the big celebrations but there is a great benefit that comes from this celebration. Panama City is like an abandoned city. You can get pretty much anywhere during Carnival without any concern for traffic. It is great for sightseeing popular spots that are normally difficult to get to due to traffic. Just stay away from the Interamerican Highway on the first and last day of the party, when many of the 1.5 million people try to return to Panama City. Can you say traffic jam? 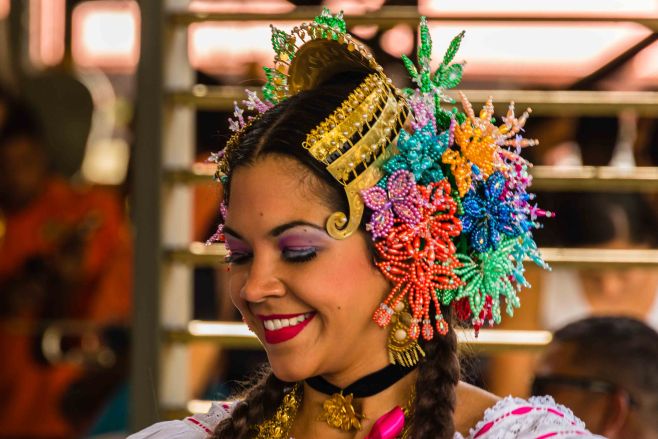 Here are some images of entertainers, in traditional dress, performing at the City of Knowledge just before Carnival. It gives you a flavor for the celebration and the costumes you would see as part of the Carnival Queen crowning. 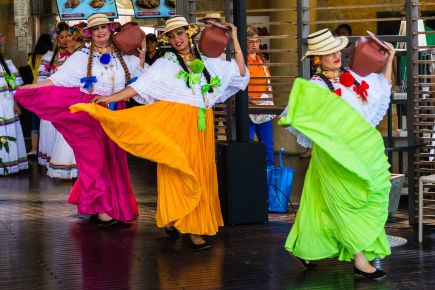 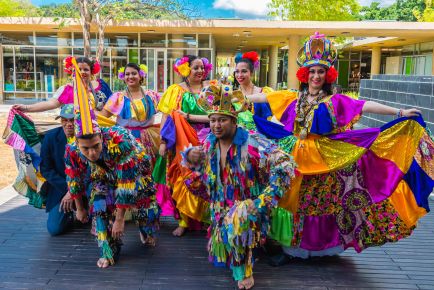 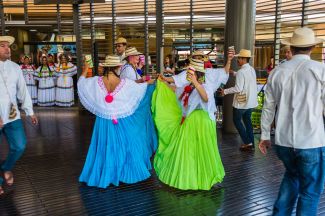 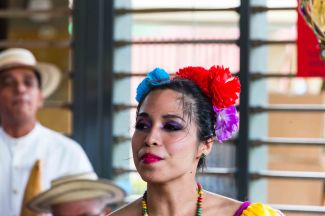 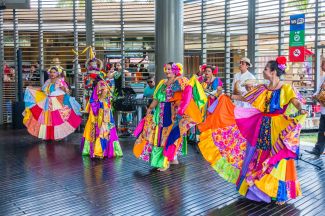 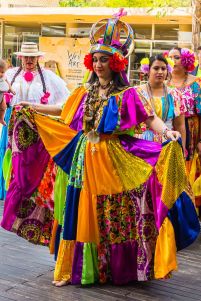 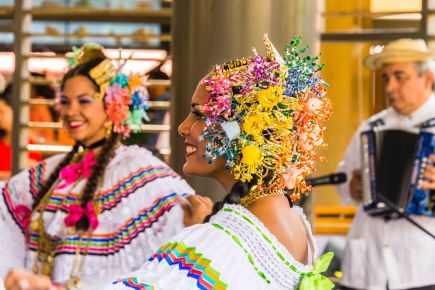 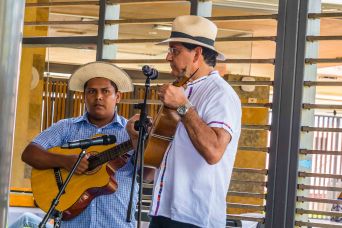 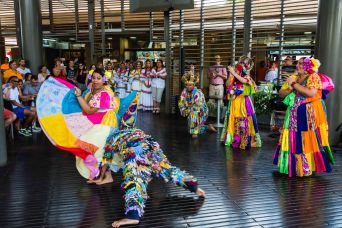 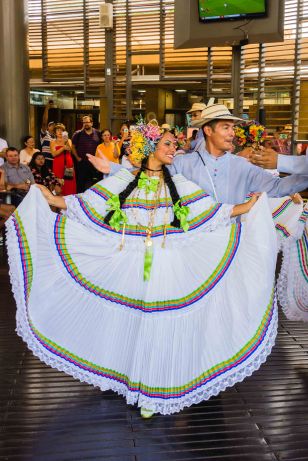 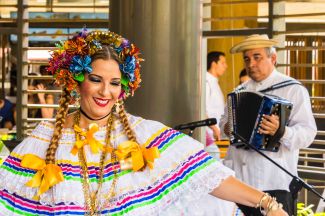 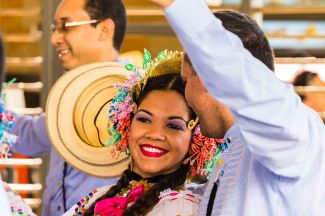 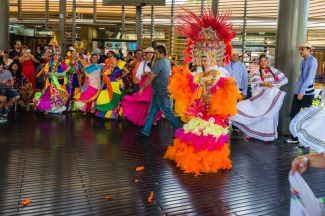 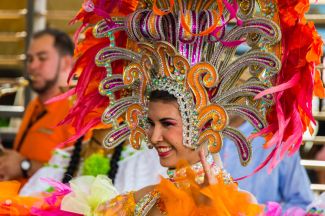 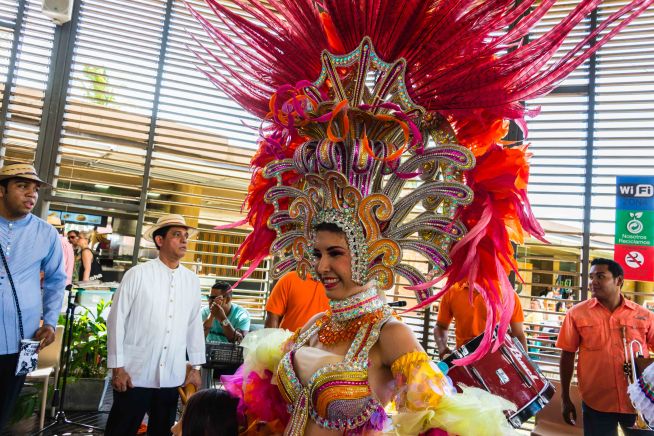 5 Responses to “Carnival in Panama City”