“Speak kind words, receive kind echoes” the decorative plaque on the wall of our little room here at Cabanas Potosi says.  That phrase is descriptive of the attitude of the owners of this place.  Their helpfulness and concern for their guests manifests itself in many ways.  We have seldom experienced this kind of service and attention at any of the places we have stayed.  They make El Valle extra special for anyone visiting here.  I put a link to them under the Businesses We Support heading in the right column.  If you come here, we would highly recommend Cabanas Potosi and the rates are, to say the least, reasonable.  For $44.50 per night, with the 7th night free, you get an extra clean room with a fridge, fans a bathroom with hot water and louvered windows that let the breezes through.  There are two beds per room and the mattresses are firm and comfortable. There are only four rooms so you get to meet everyone else that is traveling through.  Also, the grounds are beautifully landscaped and impeccably maintained.  You also get an endless supply of cheerfully provided helpful information from the English speaking owners Mireya (pronounced Marayah) and Dennis.

I have told you about the beautiful birds here in Panama but there is so much more.  Today we went to see the Orchid Garden here in El Valle.  We were told that about 12 years ago, the Japanese government sent a high level agriculturist here to help Panama with their orchid cultivation.  They built an education center and rather than collecting local samples, they started all their plants from seeds.  Apparently there is a problem here with locals collecting orchids from the wild and selling them and they did not want the Orchid Garden to contribute to that problem.  Apparently the Orchid Garden will lose its Japanese funding this year in March and nobody knows what will happen to it.  Without the grant money, or another benefactor stepping up, the center is expected to close and much of the knowledge to be lost as the Japanese agriculturalist will return home. 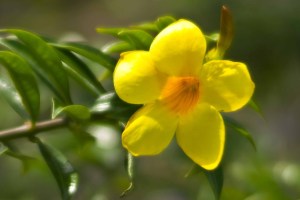 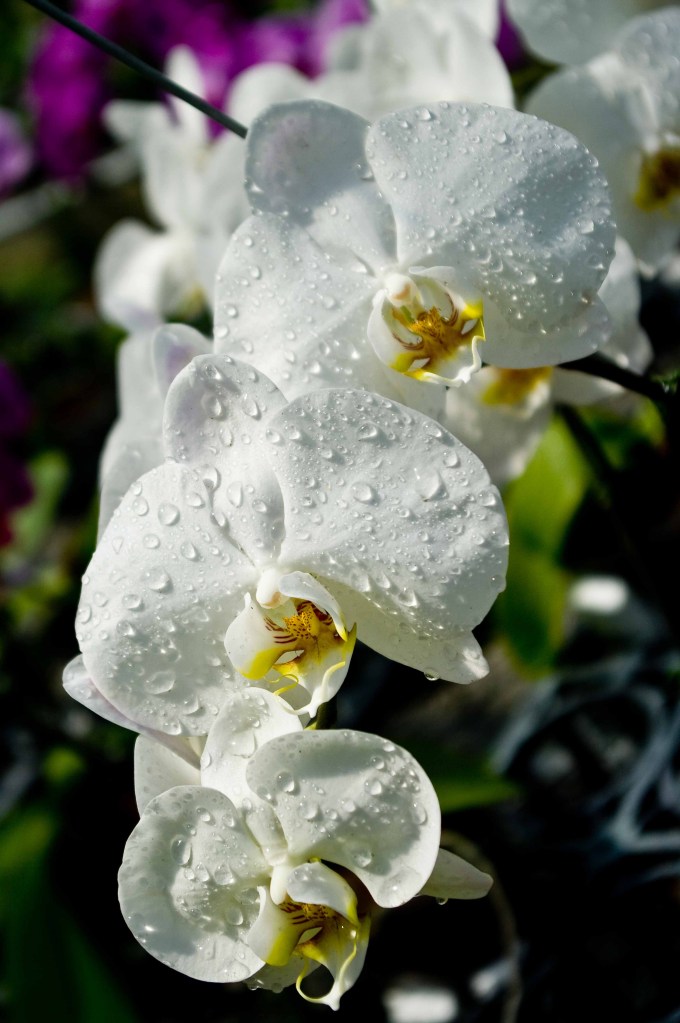 Our guide for our walk through the Orchid Garden tells us that there are 1,500 native orchids to Panama.  Almost all orchids attach themselves and grow on existing trees.  There are very few that actually grow in the soil.  They attach to the bark of their host and grow.  Other than for some medicinal uses, orchids are simply decorative.  They do not harm the trees that they are attached to, with the exception of one species which kills the tree but continues to live on the dead host.  Orchids need a humid lightly breezy environment with not too much direct sunlight.  They draw their nourishment from the air as the breezes  pass them by.  Here are a few pictures of some of the vegetation at the Orchid Garden.  They have much more than just orchids.  I think it is as beautiful as the birds here. 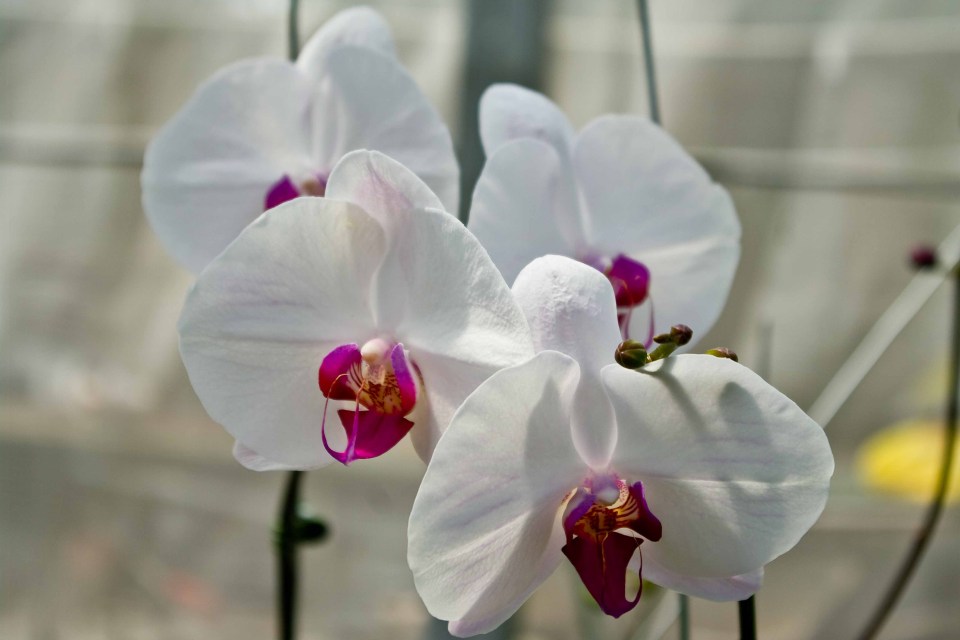 We have been searching for a good massage since arriving here in Panama.  When we first arrived here in El Valle, we asked around and were told that there was only a few places that provided massage.  We checked the new spa in town run by some European doctor.  It is a splashy new building with lots of staff but at $100 per hour for a massage, we kept looking.  Next we checked the spa at Lourdes.  It looked adequate and their offering was $65 for an hour, the same as we pay at home.  We decided to try it but were really disappointed.  This is a case of somebody finding out the going rate for a proper massage in North America and applying that price to massages performed by staff who have no idea what they are doing.   We have had better $15 beach massages!  It was at best disappointing and I am not used to having the zits on my back popped during my massage, but that’s what you will get here.  If you need a massage, give this place a pass!

Eventually, we were told about Natasha, who performs a Thai massage that was supposed to be good.  We decided to give it a try.  Now my recollection of massages that we got while in Thailand was that there was lots of rubbing and slapping involved and you couldn’t go near a pool for about a week afterwards without leaving an oil slick.  For our Panamanian Thai massage, we were taken to an outside raised platform on a shaded covered deck with lots of gentle cool breezes.  The vegetation around the deck providing good privacy.  The atmosphere was perfect for a massage.  This experience was different from other Thai massages!  It involved assisted stretching, firm muscle presses along with limb manipulation and deep tissue massaging of problem areas.  There was no oil used.  I came away from the experience feeling like I had actually had a massage.  My sore neck was back to normal.   Natasha learned this skill while living in Thailand and she appears to have learned it well.  I would certainly recommend it to anyone looking for a massage that is effective and a little different.  A one hour massage will cost you $28 which is a very good value for what you get.  Just go to the Artash Restaurant and ask for Natasha.

For dinner tonight we decided to check out Casa de Lourdes, the most expensive place in town, but it has been worth it in the past.  By the most expensive place in town I mean a fine dining restaurant with prices that we would expect at home.  Generally speaking we are finding restaurant meals at about half of what we pay at home.  We have been here before for Sunday lunch and have needed reservations.  It is an opulent European style building with thick stone walls and a beautiful lobby full of gigantic cut flower arrangements.  The eating area is outside on a covered deck beside the pool.  We have friends coming to Panama in mid February and wanted to check if the place was still as good as it had been in the past.  We arrived just when they opened at seven PM and were the only customers for the evening.   I had the roast pork while Andrea had the chicken with goat cheese and a tomato sauce.  We shared a salad with apple and pecans and a desert of pear crumble with vanilla ice cream and a caramel sauce.  Along with two very tart lemonades and a coffee, the total ran us around $63 for two.  Our impression is that the place is slipping a bit.  The building is getting to the point where it needs a paint job and many of the magnificent flower arrangements in the lobby were well past their expiry dates.  The food was good however the lettuce in the salad was a bit wilted and the ice cream had been frozen and thawed and contained ice crystals.  Now I think most of the food deficiencies can be written off to this being a Monday night after their busy time on the weekend and that we may have got leftovers.  We will bring our friends here on a weekend during the day so they can see the wonderful setting, perfectly manicured gardens and impressive mountain views and hope that the flowers and food problems do not repeat.  Until then, you will just have to use your imagination to picture what this impressive place looks like because I won’t have and pictures of it until then.