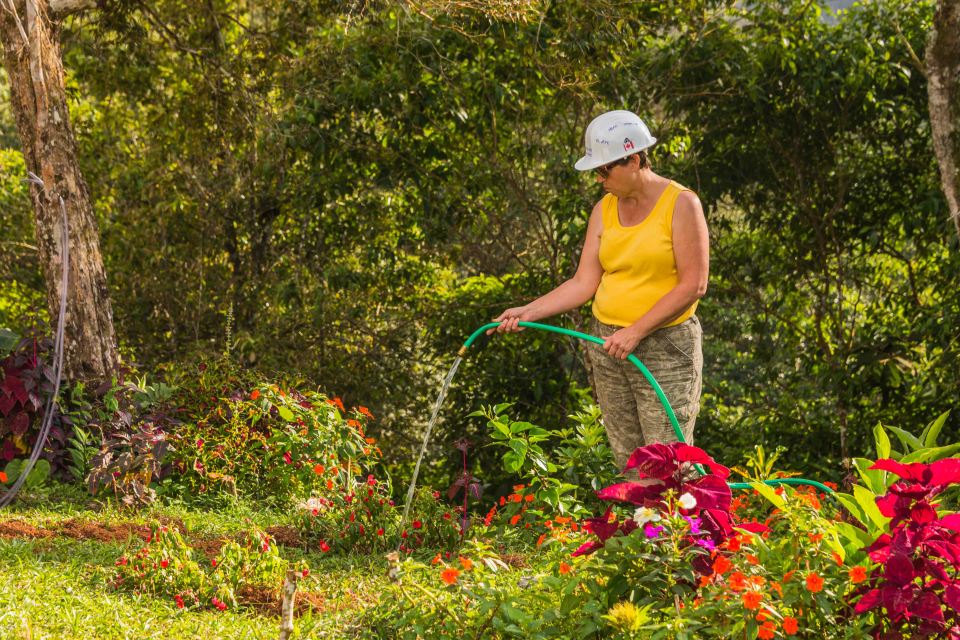 Today is Thursday, 18 December and Christmas is fast approaching. Christmas Eve and Christmas Day are statutory holidays here in Panama. Workers here get the 24th and 25th off work but are back to work on the 26th, then get the 31st and first off again for New Years. Our builder has kept our staffing low over this holiday intense time of the year because if the worker works the day before and the day after the holiday, they must be paid for the holiday as well. In early January, our workforce will be increasing to about 10 people.

The weather has improved, generally, with most days sunny and cloudy. Temperatures here remain very pleasant, in the mid 20C range. There are still some showers but the intensity and frequency is slowly giving away to the better weather of the dry season. 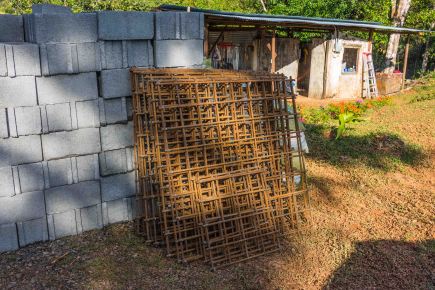 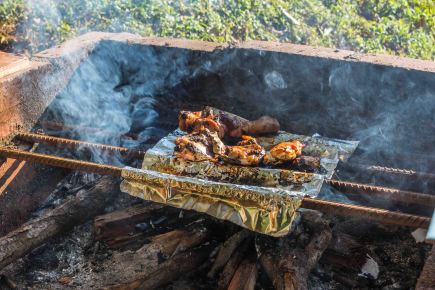 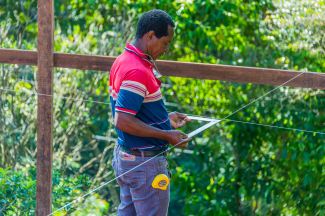 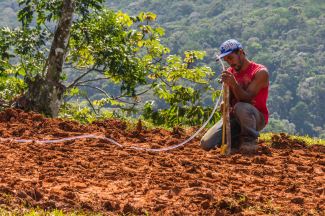 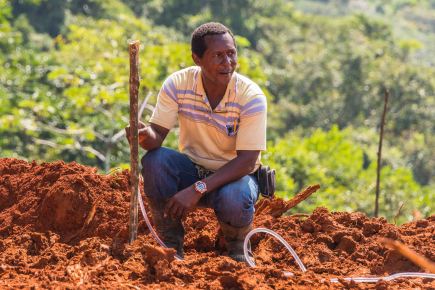 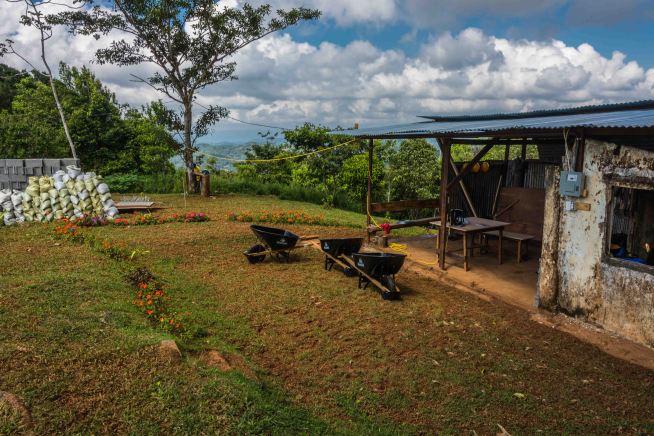 While waiting for the backhoe, which was delayed until Monday the 22nd, our crew has busied itself with smaller tasks in preparation for some of the concrete work to come. Sections of rebar have been bent, wired, and assembled and set aside for use once the concrete work begins. The balance of the materials, for this stage of construction, has arrived and ready to go once the work can begin. 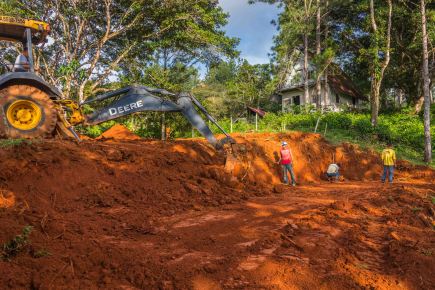 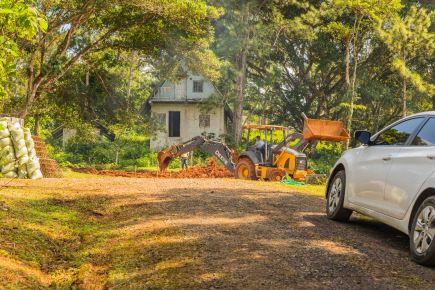 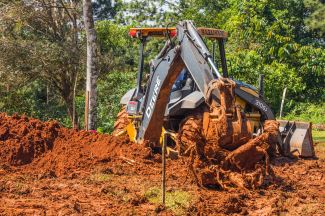 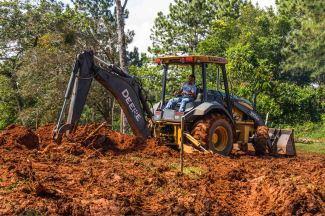 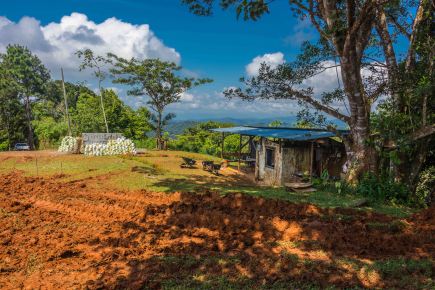 At 9:00AM, the missing backhoe, ground up the hill to our lot and the driver announced that he would do his work that day.

This is another example of why the best-laid plans must always be flexible. I know project managers that would have a coronary with this kind of project execution. When we started this little project, a few short days ago, I thought I needed to get our builder to look farther out than the few days she now works to. I am now beginning to understand. If you plan farther than a few days out, you are just wasting your time. The key appears to be keeping all the balls in the air at the same time and having the incredible ability to only let certain ones hit the ground at a time you are forced to accept while adjusting all the remaining balls in mid-air to a new schedule. 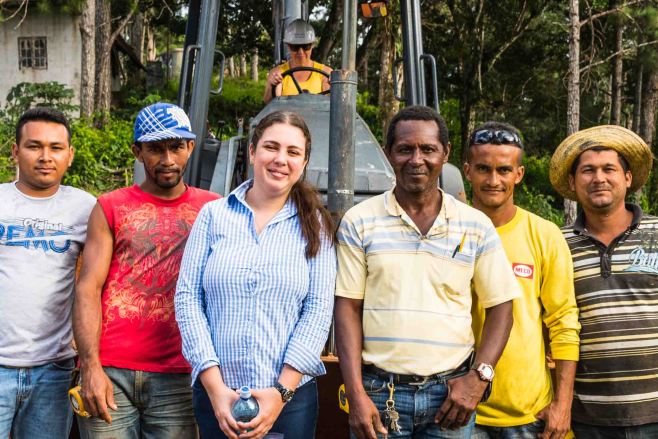 As the backhoe worked removing the tree stumps and contouring the soil, I found it interesting that with all that dirt, there were no stones! The backhoe work completed at quitting time and we took a progress photo with all the players at the front of the machine. We seemed to have acquired a new operator (or wanna be operator). She thought lessons on how to run the machine would perhaps help her out with a new career but nobody agreed. 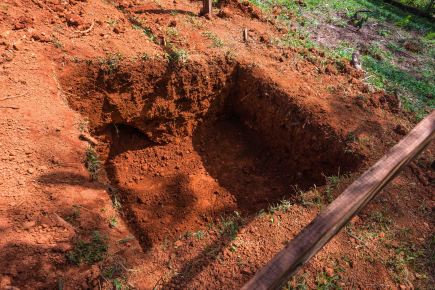 One little Panamanian thing came to light today and that was the discovery of a two-inch plastic pipe that came from the next lot and ran under our soon to be garage.  The plan was just to cement it in and ignore it.  With advice from one of our local experts, we could see a future problem with that approach… if the pipe burst, our garage would have to be dug up to repair the pipe.  We insisted that the pipe be investigated so the builder went to the office and reported the presence of the pipe.  A water crew came out right away and confirmed that the pipe was no longer being used and could be safely concreted in.  They even broke the pipe to confirm it was empty. 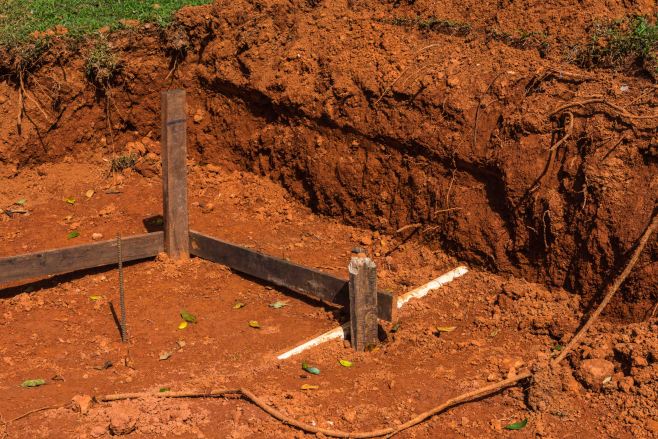 6 Responses to “The Missing Backhoe”