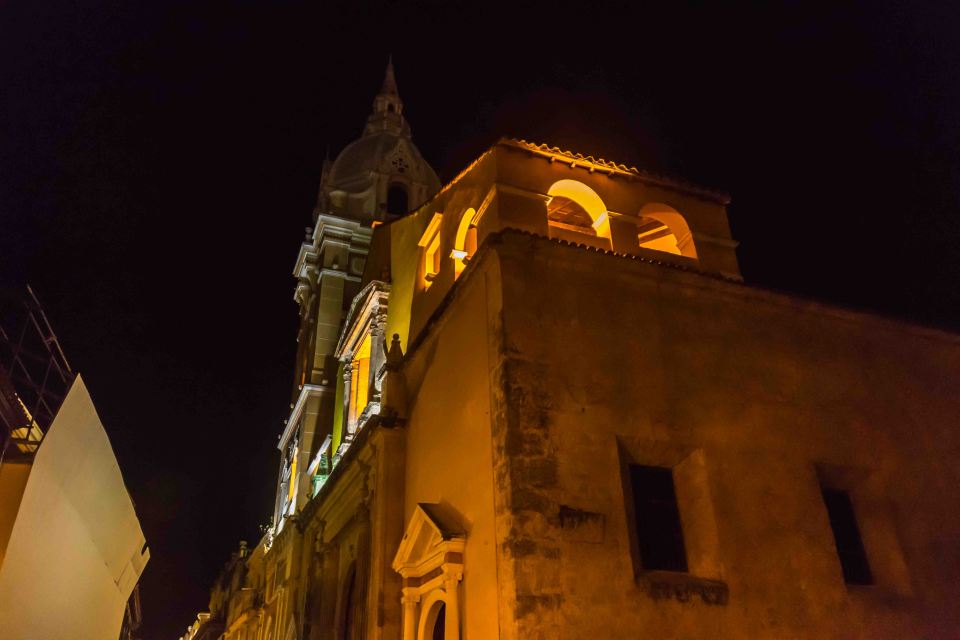 A rich active history has created and shaped this place so it is impossible to talk about Cartagena without giving you a little context and sharing some of that information with you.

One of the most beautiful cities in Colombia, with over a million inhabitants living right on the Caribbean Sea, Cartagena, was named after the famous Spanish City of Cartagena which, in turn, takes its name from Carthage, the great merchant city that once rivaled Rome itself. During the colonial period, Cartagena was the most important bastion of the Spanish overseas empire and influenced much of Colombia’s history.

It is a beautiful Colonial gem founded in 1533. The fame and wealth of the city grew dramatically to the point where it became an attractive plunder site for pirates just 30 years after its founding.

Another reason that enabled the city to develop rapidly was the slave trade. In fact, at the beginning of the 17th century, the King of Spain granted the colony a monopoly on this form of commerce. At the time, Veracruz, Mexico was the only other center of this kind.

All of these activities made it possible for prominent locals to amass enormous fortunes and build superb homes and mansions, which still accounts for some of the towns charm today. Thus, within a few years, Cartagena reached a level of prosperity that aroused the interest not only of other colonial powers, but also of the many pirates lurking in the Caribbean in search of riches.

During the 16th century, Cartagena suffered five sieges by pirates. One of these occurred in 1543 and involved a French lieutenant-general and pirate by the name of Robert Baal (aka Roberval). He launched a successful raid on the city and in a surprise attack, the pirate managed to extort 310 kilos of gold from the city while the governor was attending a banquet. This was only the beginning of a long list of attacks by pirates of all different nationalities on the city. They included Englishmen John Hawkins (in 1576) and Francis Drake (in 1586), as well as Frenchmen Jean-Bernard Desjeans and Jean Ducasse (in 1697).

In 1741, English troops tried to overthrow the Spanish. The English attackers were in for a surprise since the small garrison, led by General Basco de Lezo, managed to drive them back to sea. This brave general continued to fight even after losing an arm, a leg and an eye in previous battles. With 2,500 poorly trained men, General Basco de Lezo managed to fend off 23,000 English soldiers and their 186 ships. He lost his other leg and died soon after, but is now regarded as the savior of Cartagena.

Irritated by the loss of capital to the privateers and other Colonial powers, the Spanish crown finally decided to fortify the city and its surrounding area. The scale of the project soon converted Cartagena into one of the most well protected colonial cities in all of South America. Spain invested millions every year into the protection of the city, planning and building walls and forts. The magnitude of this subsidy between 1751 and 1810, equates to the sum of 20,912,677 Spanish reales, the equivalent of which is about two trillion dollars in today’s currency.

In recent decades, Cartagena has expanded dramatically and is the fifth largest city in Colombia. It is now surrounded by vast suburbs and high-rise buildings. It is Colombia’s largest port and an important industrial center specializing in petrochemicals. Despite increasing urban sprawl, the walled Old Town has remained virtually unchanged. It is the most visited city in the country by local and international tourists. In 1984, the Port, Fortresses and Monuments, including the old town of Cartagena were designated a UNESCO World Heritage Site. Mystified in romance, legends and beautiful colonial era antiquity, this city captivates visitors and travelers with its cobbled alleys, enormous balconies draped in Bougainvillea and horse-drawn carriages.

Our visit to Cartagena started around 3:00 PM, by finding a hotel. We had lost our reservation due to our departure, delayed five days thanks to our Ferry Xpress sailing from Colon, Panama. Eventually, we located a nice little converted Colonial house at a reasonable price and at a place just a short walk to the Old City. Our plans were to clean up and find a restaurant for dinner, then wander the Old City in the evening.

We located a small restaurant that had a nice little roof top dining area and had an unremarkable meal followed by our first visit to the Old City.

I love taking photos at night!  They offer an atmosphere that doesn’t exist during daylight.  I will let the photos tell the story of this beautiful active place bathed in spectacular lighting. Enjoy! 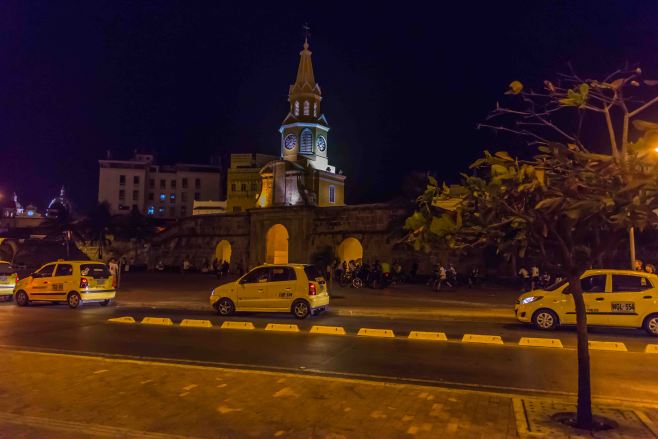 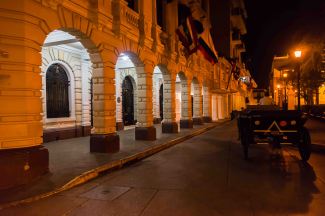 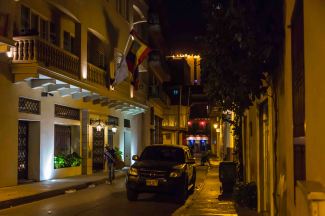 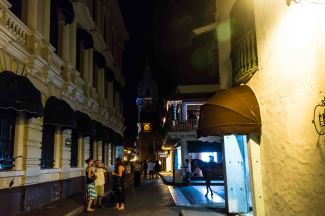 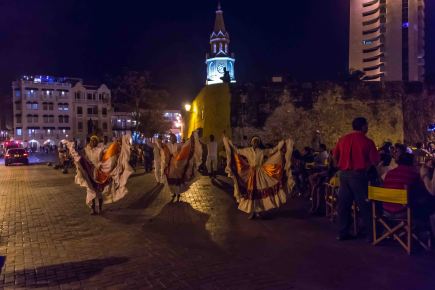 4 Responses to “Cartagena by Night (A Photo Essay)”