We arrived in Putero Caldera, Costa Rica just before 8 AM on 18 October. It was 35 C and already a group of kids were trying to wear out their surfboards at the beach next to the port. This is a mixed freight and passenger port with very good access for buses allowing them almost right to the gangway. Our welcome entertainment, here in Costa Rica was a group of cultural dancers who were performing for us on the dock as we disembarked the ship. 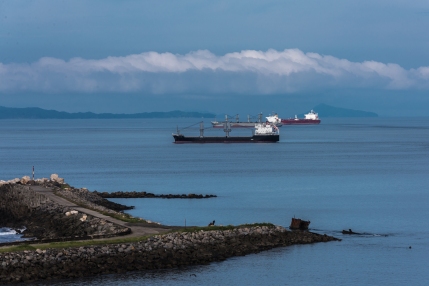 Today we are off for a train ride and a river cruise through a mango swamp. Both activities are a short distance from the ship by bus. The short train, that looked home made, was towed by an old yard switching engine and pulled a sheet metal caboose that looked like it was made in the shop class at a local high school. The wavy track forced speeds to be held to less than four kph, it seemed. The track was old and rickety and our routing took us through the back yards of poor houses in a quasi-farming community. The friendly locals came out of their houses or stopped on the road as the train passed to wave. If there was any historical significance to the train it was not mentioned other than to explain that before the road to San Jose (the capital) was put in place, you had to travel for four hours on a train like this to get there. It reminded me of an unkempt carnival ride that was in poor repair. Our next stop was for shopping! We pulled into a slick modern well paved truck stop with a store full of junk trinkets, much of what looked like it was made off shore. Having been to Costa Rica before I know that it is a country with much to offer. Of all our stops so far on this cruise, Costa Rica has the most developed tourism infrastructure. It has drawn Canadians, and others, for more than 20 years and it virtually invented ecological tourism. It is sad that a country with so much to offer and show tourists has to resort to using a facility like this. It would be like taking your friends from out of town to the local truck stop to impress them with the restaurants in your area. I am sure it would be easy to find “real” stores and/or facilities with genuine Costa Rican products and food. This left me with the impression that they were afraid to show the real Costa Rica. Sad! Disappointing! 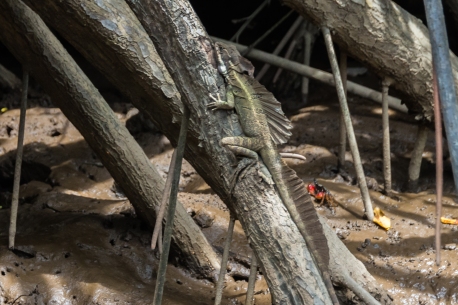 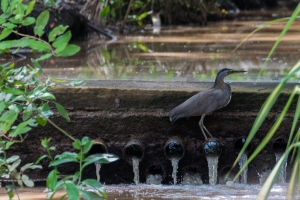 The last part of the tour was on a river through mangroves. This activity was very well done! The boats were large clean and covered, which I appreciated because we are in the rainy season. The boat driver was skilled at spotting wildlife and maneuvering the boat so everyone got a look. We viewed numerous birds, including a pair of scarlet macaws, lizards, and other birds. There were no crocodiles. Apparently, they like to show themselves at low tide and this was at high tide. From my perspective, this was great. If anyone wanted a recommendation, I would suggest dropping the train ride, changing the shopping and food stop to something more Costa Rican, and spend the most of the day on the river finding wildlife.

Overall, I was disappointed in the Costa Rican visit. There is potential there that just was not realized.

The weather deteriorated throughout the day, with light rain starting just as the river cruise completed. By the time, we got back to the ship the rain had stopped, but the sky was black and threatening. We took our computers over to the duty free shop where a free high speed Wi-Fi connection was advertised. It was packed with passengers and cruise ship staff, all trying to use a heavily overtaxed wireless connection. This connection was even worse than the ship’s satellite Internet connection that generates many complaints. While there trying to get at email, the sky opened and it rained so hard you should have worn hearing protection in the building with a sheet metal roof. 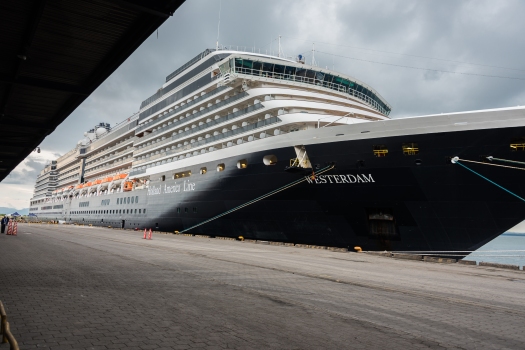 Tomorrow is a sea day followed by our transit of the canal.