A short time before we left Canada, a friend sent me a link to a National Geographic article on an important archaeological dig here in Panama.  The article outlined the history of a site called El Cano and another closely associated place called Sitio Conte, about two miles away.  This area was inhabited between about 200AD through 1500AD and at its peak it is estimated that it contained up to 40,000 people.  These people were called Nata and they were the ones the Spanish met when they first conquered this area.  This was the time when the Mayan civilization was beginning to wind down.

It was an interesting story of looting, persistence, gold, and ancient chiefs with an archaeological history dating back to the early 1900s and brings to mind the Indiana Jones series of movies.  The most current work was begun in 2005 and is being led by a young archaeologist, Julia Mayo who is associated with the  Smithsonian Institute.

So, in an attempt to add a little history to this otherwise entertaining blog, we decided to check it out and let you know what we found.

A notable sign that the Panama government is recognizing the importance of this site is the construction of a brand new road, that starts from just outside El Cano and ends at the gate of the fenced archaeological site.  Previously, the road was a rutted mud road that was impassable during the rainy season without four-wheel drive.

The fenced site at El Cano has several unearthed burial mounds, a small museum, the remnants of an ancient temple, a covered excavation that has several sets of visible bones, and a National Geographic excavation that is now under way.  On the surface there is not much to see but just to be there and walk around the site evokes such a feeling of ancient history.

We took our friend Octav with us, which turned out to be a very good idea as our guide only spoke Spanish.  Octav was able to translate the information for us to make the visit to the small museum much more interesting.  While we were there, a small group of visitors was being guided through the site by Julia Mayo the responsible archaeologist.

We learned that an American archaeologist  visited the El Cano site in about 1924 and removed a series of statues from the temple area, leaving only the bases and taking them to the US where they still reside.  The current work is yielding large amounts of gold and a rich collection of burial paraphernalia that is being moved to Panama City for storage due to the remoteness of the dig site and concerns for security.  The Nata Chiefs that are here were buried with all of their immediate family, who were killed when the king died, with the exception of one son.

This is a place worth the trip.  Just go 27K west of Penonome on the Pan-American highway and look for the signs to the town of El Cano and the archaeological site.  When you arrive at the town, the road splits.  Stay on the road to the left of the church.  The site is about three kilometers down the road.  The entrance fee is $1 for adults and $0.25 for kids. 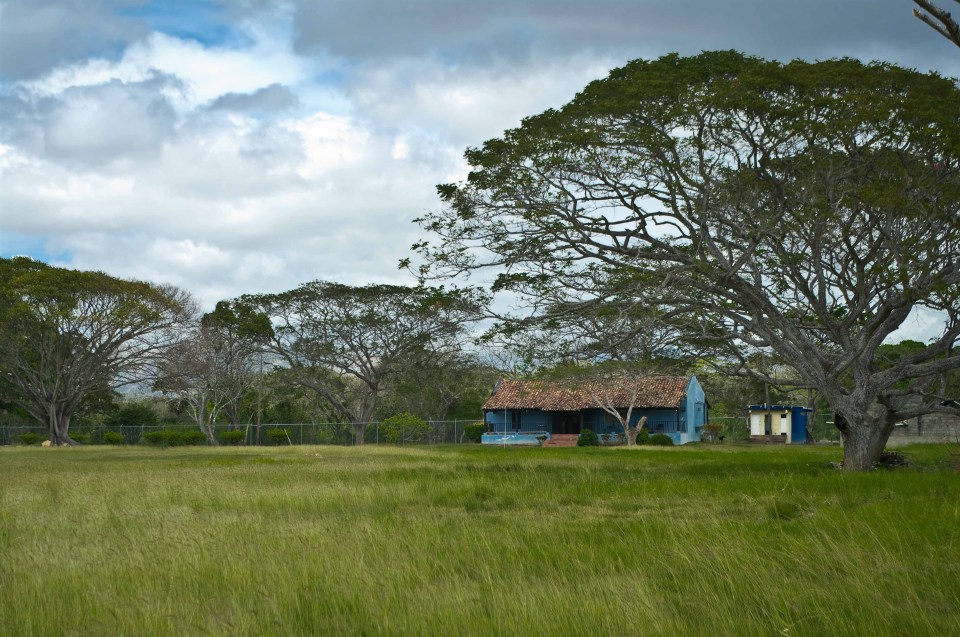