Panama, like many other developing countries, is fighting trash. Here we find streets lined with garbage tossed out the window of passing, cars and busses. The exception seems to be in tourist areas where the “Gringo” presence has a bit of a disappearing effect on trash.

The current government has staffed a whole new department of people dressed in bright green and reflective uniforms whose job it is to collect roadside trash. From time to time you see these folks along the side of the roadway using their spiked sticks and stuffing trash into garbage bags that are left by the roadside for a truck to collect later. Although the effort is to be applauded, if you pass by the same spot in two weeks, there will often be as much trash as was picked up.

Solving this problem will not be easy or quick. Like at home when things like recycling needed to become second nature, the kids in school are the catalyst to making it happen. They are taught the how and why and they hold their parents to task to make sure it happens. As that generation matures, the trash problem will become less as today’s kids become tomorrow’s parents.

ANAM is the department of the Panamanian government that is responsible for national parks, like the Chagress National Park where we live. Within the park there are families who work for it as well as Melo, a household name in Panama that means chickens and agricultural products. Many of these families are on the low-end of the income scale and don’t have much to come and go on. Some time ago one of the members of the ANAM group of Los Altos de Cerro Azul got families together and formed an organization to begin teaching the kids and help with the trash and garbage problem, recycle as well as raise some funds to allow these kids to take part in activities that they otherwise would not be able to afford. An example of things they did is to hang out at the park’s garbage shed where people drop off their garbage on the way out of the park. This area can look pretty untidy at times as many people do not bother to put their trash inside the building, as they are supposed to. The kids, in their recycle t-shirts, greeted those stopping to dispose of garbage, helped them and gave them a big thank-you if they disposed of their trash properly. Of course, they collected tips from many of their customers, which were turned in to help fund other activities.

These kids are loosely called the ANAM Kids and they are about Awareness, Recycling, proper Trash/Garbage disposal, and having Fun! 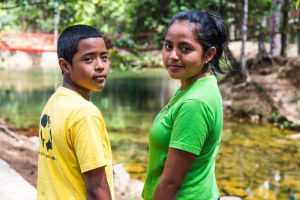 Today is a function for the ANAM Kids that will be held here in the park in one of the many recreational areas. Families and kids assembled to have a day of fun, sports, swimming and food.

The first activity of the day was to hand out bags to put garbage in and tell everyone that the first person back with a full bag would get a piece of cake! These kids covered the whole park at a dead run and brought back an amazing amount of trash.

Meanwhile, a group of the women began preparing dinner. This involved several whole chickens, lots of vegetables, a mysterious blend of seasoning and, of course, rice. Everything was cooked over an open fire in a park barbecue and was eventually consolidated into one huge pot that barely held it all. Anyways, the result was a scrumptious meal, cooked just right. 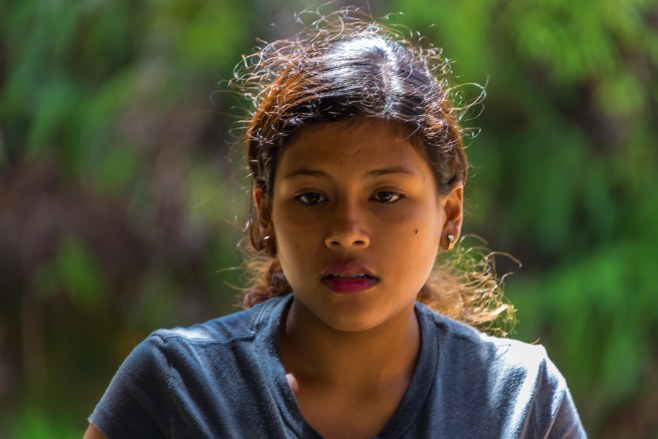 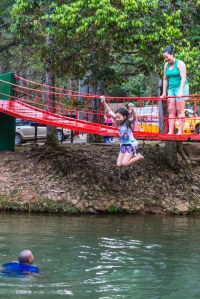 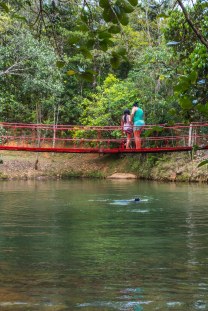 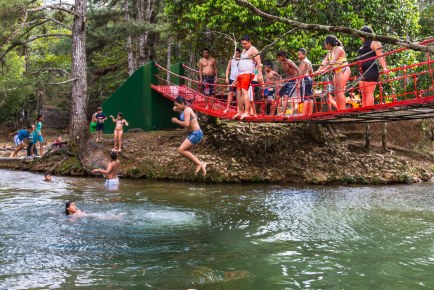 As the day came to an end and the cleanup was completed, it occurred to me that this little group is the future and making a great impact on the trash problem in our little community. They also help to impart a social consciousness that eventually will spread throughout the country. Great job!

2 Responses to “The ANAM Kids”