Here in Los Altos de Cerro Azul, our weather is spectacular and largely unpredictable. You never know what it will be or for how long. Sunny, cloudy, windy, rainy and everything in between (except snow) is routinely experienced. We are at 750 meters elevation in the Chagress National Park which forms a large part of the Panama Canal watershed.

Without a heavy rainy season, the Canal is in jeopardy. As late as last season weight restrictions were imposed on ships as a result of low water levels in the Canal towards the end of the dry season.

Normal weather here during the rainy season involves short intense rainfall followed by sun but recently we had about 6 days of solid high volume rain along with some medium intensity winds. Trees were down in several places which often cause power outages. We were without power for 54 hours with the only concern being for food in the refrigerator and freezer. With the help of some bags of ice and a couple of camping coolers, we were able to weather the storm. We live in a house with a steel roof. During the heavy rains, the noise was so great that you could not talk or even yell… sometimes a benefit! Once we got our power back, a little investigation showed that very unusual weather had occurred. Hurricane Otto, did not actually touch Panama but headed across the Caribbean for Costa Rica where it killed at least nine people and to Nicaragua that reported no deaths. Panama, although not directly hit by Otto, was subject to intense rainfall, which caused three deaths due to mudslides and trees falling in the Colon area. The dams on Lake Gatun released water to protect the Canal from flooding. This is positive because it means that the lake was full and would sustain a full season of Canal operations. Here is a video of the water release from one of the dams. The amount of water is amazing but then the scale of this operation needs to be considered. 52 million gallons (26 million at each end) of fresh water is released from Lake Gatun into the oceans for each transit.  Let’s see.  The average number of ships transiting the Canal per day is 40 and the dry season lasts from December through April.  You figure it out. I’m retired!

A Google visit tells me that the only known Hurricane to actually hit Panama was Hurricane Martha in 1969. Panama is south of the normal hurricane/tropical storm trail.

Here are a few photos of the weather. It was good to see the sun again. 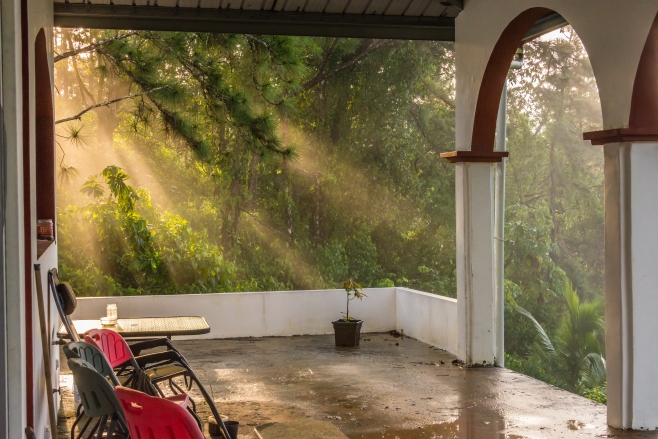 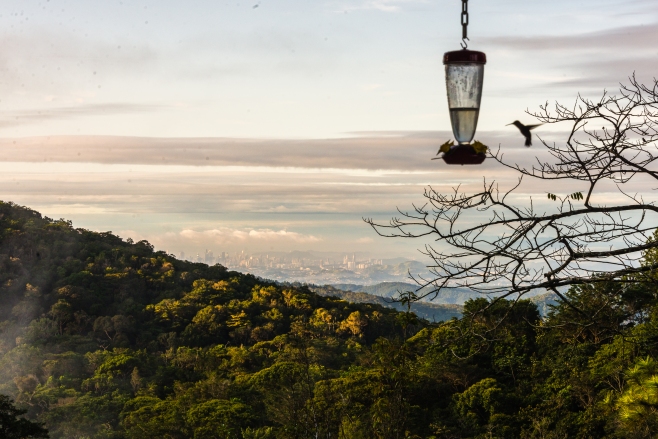 7 Responses to “A Hurricane in Panama?”