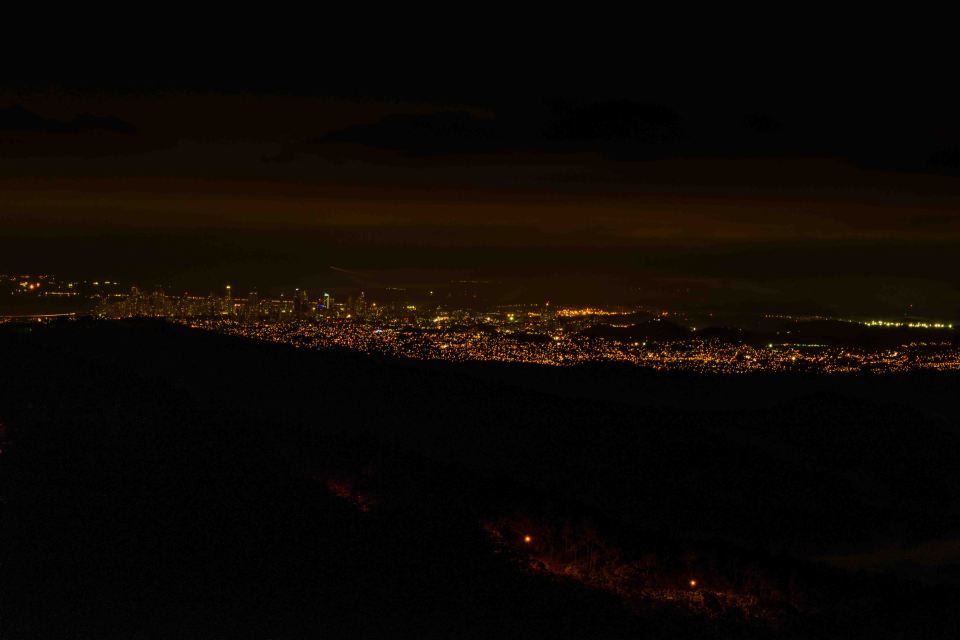 We have now relocated up into the mountains behind Panama City. This is a place called Cerro Azul and it is where we have our property and will build our house. We are about 40 minutes from the Tocumen International Airport and at an elevation of about 750 meters, almost as high as Calgary.

Cerro Azul is a development that is completely surrounded by a 129,000-hectare forest called the Chagres National Park. This park supplies over 40% of the water needed for the Panama Canal as well as the drinking water that is consumed in the metropolitan areas of Panama City and Colon, the two largest urban centers in the Republic, where 50% of the country’s population lives. From here, there are spectacular views of Panama City, the Canal Basin and, quite often, of both oceans at the same time.

The house we have rented is on the top of the mountain and has a beautiful view of the City and Lake Alajuela as well as all the undeveloped jungle in between.

It is such a peaceful place here! I was sitting outside on the large covered deck this morning, listening to the sounds of nature.   A short-lived torrential rainstorm, typical of the rainy season we are at the height of, sets up a deafening roar as the large drops strike the jungle foliage. Silence erupts suddenly as rain stops as quickly as it had started and the constantly moving fog parts to allow the sun access to the earth and our yard.

Large bright butterflies emerge and begin their rounds of the colorful flowers blooming all over the property. A lone hummingbird approaches a blooming papaya tree and begins checking the hundreds of tiny flowers for just the right one. A lone brightly coloured Toucan arrives out of the cover of the jungle and settles briefly on a tree branch in the sunshine before continuing his journey through the jungle. A flurry of activity within the trees at the edge of the property eventually reveals a white-faced Capuchin Monkey. He peers at the house cautiously then moves on to an adjacent tree. This place is amazing!

There is a kind of neighbourhood watch organization here and they have an update meeting scheduled for today that we plan to attend. We arrive at the small restaurant in the club area of the complex to find a number of people and a bright shiny Ford police truck, which has just been assigned to the police detachment responsible for Cerro Azul. This is a very positive step forward as previously all the patrolling had to be done on foot. There are 2,800 lots here!

Now I have said before that when I do not have my camera with me, things happen that make me wish I had it with me. Today was no exception!

A bus full of around 20 young kids from the Catholic school at the base of the hill rolled into the parking lot and unloaded. They looked like they were all probably under grade six. Parents helped to organize them outside the clubhouse and when they entered, they were all dressed in cultural costumes, complete with jewellery and makeup. The dancing began, once the music on the boom box started and they were surprisingly very good dancers for their age. 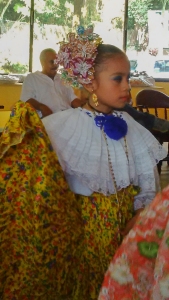 Well, there I was without my camera, but I did have my Blackberry so I shot a few images to show what was going on. Sorry about the quality. It seems there is a rather large difference between a five-megapixel Blackberry Cell Phone Camera and a 24-megapixel Full Size Sensor Nikon. Anyways, here are the pictures.

We were also shown of a group of “At Risk” kids who have been working with one of the police officers to train their pet dogs. They put on a small demonstration of very obedient dogs going through their paces. All in all it was a very interesting meeting.

You just never quite know what will happen when you go to an event here.