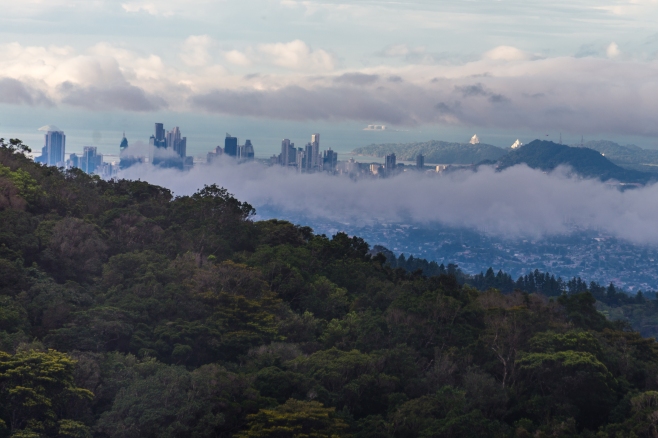 We live in a housing development surrounded by old growth forest in the Chagress National Park in Panama. It is amazing to see how nature expresses itself here. Our lot has a number of trees, called National Trees, locally. Unfortunately one large National Tree has succumbed to our house building and over the past couple of years has died. We decided to have it removed, in spite of its heavy use by the birds who hop back and forth between its safety and the bananas we serve them on our deck.

The tree for removal has a trunk diameter of around 20 inches and is a hardwood of some kind. In spite of it being dead, healthy green growth covers it and is identified to us as orchids, by a couple of local experts. “Make sure the orchids survive!” we were directed.  Now I wonder how you do that.

Our tree is loaded with orchids!  Some in bloom, others soon to bloom.

Panama has more natural diversity than most countries on the planet. The nation’s plant life includes 1,500 different tree species, 675 types of fern and more than 1,200 unique kinds of orchids. A single large tree in the mid-elevations may be home to 20 species of orchid. I found out that most orchids originate from a tropical climate, meaning good air, plenty of light, and 12-hour days (365 days a year). The temperature (depending on the species of orchid) should range between 65 to 75 degrees Fahrenheit (18.3 to 23.8 degrees Celsius) and humidity of 70 to 90%. Now I understand why there are so many. All of the conditions are perfectly matched.

Did you know that Orchids are grouped into two types? Terrestrial orchids, grow in soil but most tropical orchids are Epiphytes, which means that they grow in the air, and not in soil. Their fleshy roots are covered with a layer of white cells called velamen, which acts as a sponge to absorb water. The coating also protects the roots from heat and moisture loss. Orchid roots need air and good drainage, making them well-suited for tree living.

The relationship between the tree and the Orchid is called Commensalism, today’s word for the day! Commensalism means that one organism in a relationship benefits, and the other is unaffected. Epiphytic orchids grow on trees, but just use them just for support. They do not obtain energy or nutrients from the trees. Water and nutrients are obtained from the air, and from compost on the trees. It is not be a good word to use to describe a successful marriage! 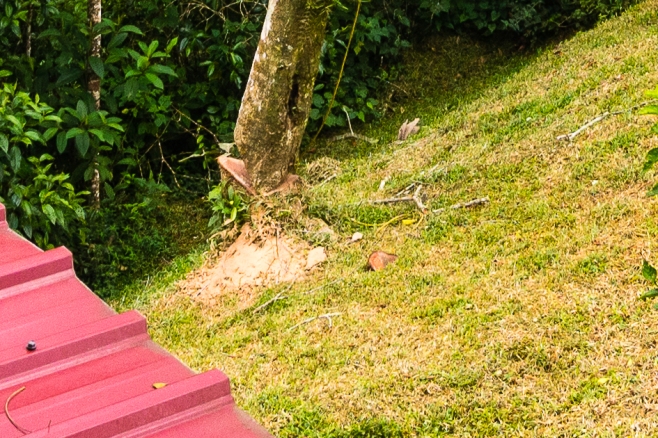 The tree was carefully brought down in the exact location planned, with the help of two skilled workers, several pieces of rope, a pickup truck, and a chain saw. We were nervous because if it went the wrong way, we would take out the power lines. Once down, the orchids  are salvaged by chopping the trunk up into short manageable pieces that contained the orchids. We can just leave the orchids on the pieces of trunk, or we could move them to another tree. Now we have to figure out how to best stage this bountiful example of natures beauty. 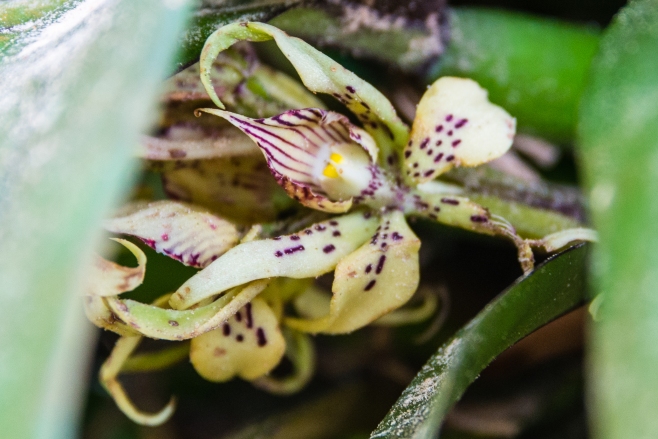 One Response to “Orchids at Christmas”