Today was warm and close with a noticeable lack of breezes so we lounged around the pool for most of the morning.  After lunch we decided to take a short trip to some higher ground in search of some cool breezes.

Altos de Campana National Park was the first park in the Republic of Panama and was established in 1966. It is an important park as it protects two hydrographic river basins, the Sajalices river that flows towards the Pacific Ocean and the Ciri and Trinidad rivers that join the Chagres river which is a major contributor to the canal and provides the drinking water for the City of Panama.  The park is just under 5,000 hectares in size and is a one and one half hour drive from Panama City.  It has elevations of up to 850 meters. 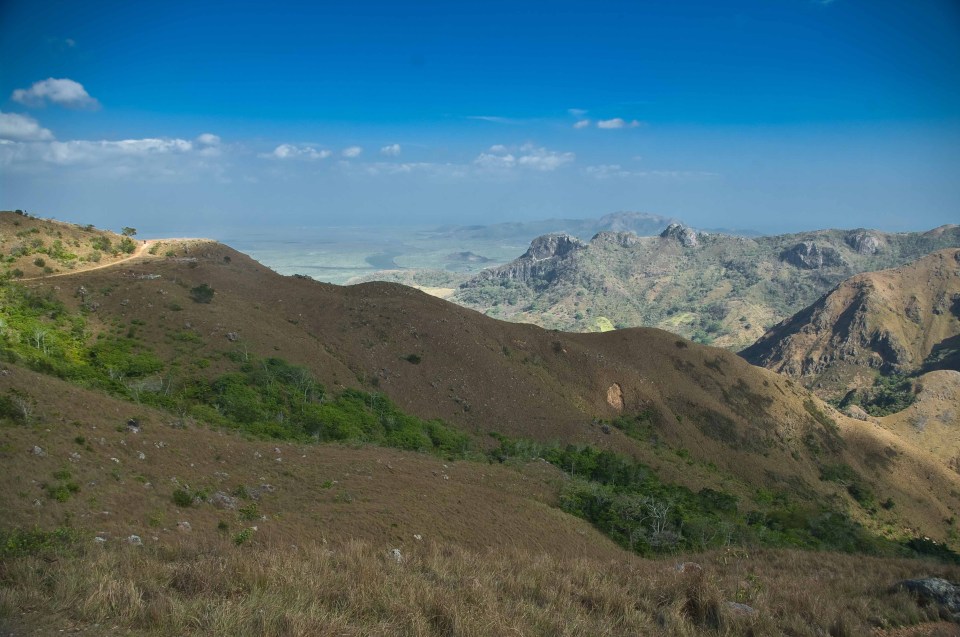 We loaded our friends Shirley and Dave up and headed to the park which is about a 15 minute drive from where we are staying.  There is a stretch of the Inter-American Highway that is quite curvy for about five kilometers as the roadway descends to the level of the beach communities.  The entrance to the park is part way through this section of the highway.  It is actually  six kilometers west of the town of Capira.

Once in the park, we drove up the steep well paved road in search of views.  There are supposed to be good views of the canal basin and the mangroves at the tip of the mouth of the Chame River at Chame Point from the lookouts in the park but today is quite misty and there is a lot of burning going on in the area to get rid of dead vegetation.  As we continue our climb there are some spectacular views of the coast available.  Unfortunately my filters were not able to remove all the haze from the pictures but I think you can get the idea. 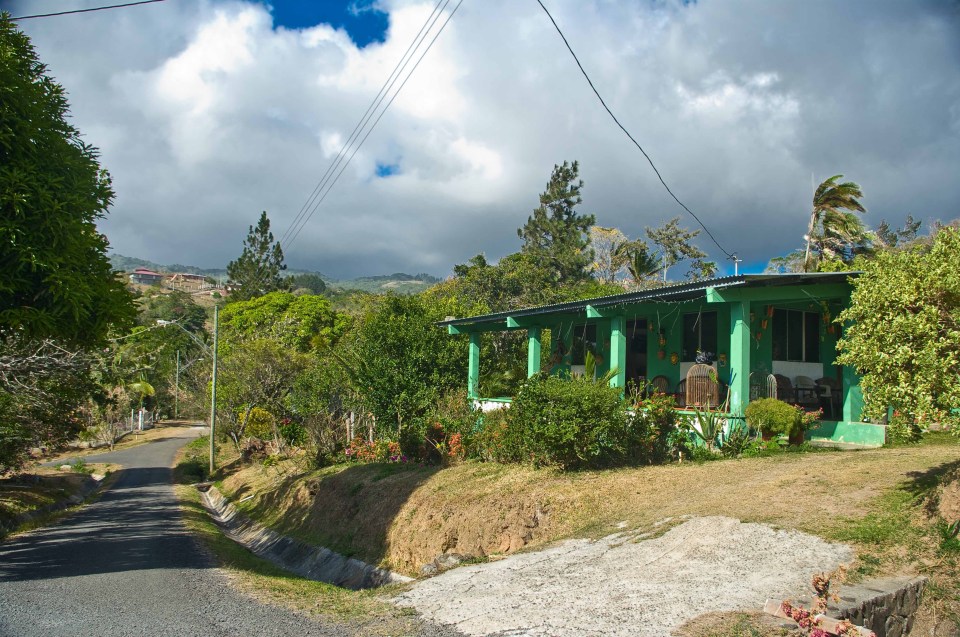 At the top of the mountain we came to a small well-kept town, Campana, and stopped at a fruit stand to buy some produce before heading back down the hill.

One Response to “The Hazy Campana National Park”